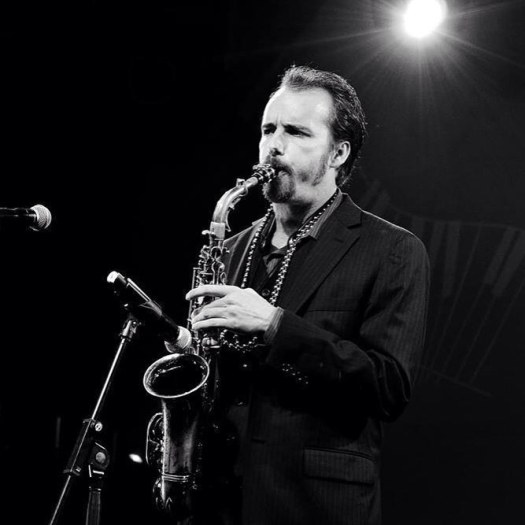 Clark Gibson is a jazz saxophonist, composer and educator currently residing in Tulsa, OK. He is a highly sought after adjudicator and clinician throughout the country and is the Director of Jazz Studies at Northeastern State University. His forward-thinking music is strongly rooted in the traditions of jazz musicians of the 20th century, the history of Western classical music, his own life experiences, as well as musical traditions from cultures across the globe.

Clark’s professional career began in Denver, Colorado performing popular music genres such as jazz, funk, blues and more. While there, he formed his own group, the Clark Gibson Quartet which was nominated for “Best Jazz Group in Colorado” by Westword Magazine and released his first independently released CD “The Offering.

Dr. Gibson received his Bachelor of Music in jazz at Cornish College of the Arts in Seattle, WA. During his studies, he stayed busy teaching his own private students and performing with such notables as the Temptations, the Four Tops, the Jim Knapp Orchestra, Lalo Rodriguez, Nueve Era, Tombau, the Jim Kerl Big Band and Dina Martin, as well as performing with a host of local masters including Jay Thomas, Greta Matassa, Clarence Acox, Greg Williamson and the Pony Boy All-Star Big Band.

In 2010, Clark recorded his second album “Iapetus,” released on Pony Boy Records, which featured his latest original compositions and arrangements. From 2012-2015, Clark completed his masters and doctoral degree at the University of Illinois. During this time, he recorded a third album as a leader self-titled as the “Old Style Sextet”. The cd received high reviews and national airplay through BluJazz Records based out of Chicago, IL. The group was also awarded 2nd Place at the 2014 Macua Jazz and Blues festival. 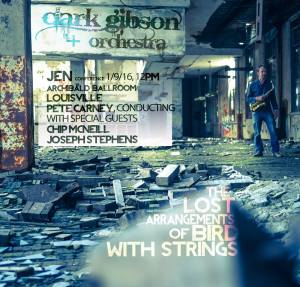 In 2015, Clark released Charlie Parker “Bird with Strings: The Lost Arrangements” through BluJazz Records. The recording is receiving national attention from radio as well as positive reviews in publications such as Down Beat, allaboutjazz.com, the L.A. Jazz Scene and Oklahoma Magazine.

For more information about Clark Gibson: