For many, the jazz music of Henry Mancini conjures up memories of the old Peter Gunn television show, a classic private-eye series that featured cool Mancini compositions in practically every episode.  One of those was the exquisite “Dreamsville,” which will always be associated with Peter Gunn and Lola Albright, the show’s singing star.

Although the noted pianist Donald Ryan loves “Dreamsville” and plans to play it at his Sunday Jazz Depot concert, Celebrating the ’60s, he wasn’t introduced to the song via Peter Gunn. In fact, he’s not even sure if the series played in his home country, the Republic of Trinidad and Tobago, an island nation off the northern edge of South America. As he recalls, he first heard “Dreamsville” well after he’d moved to America to pursue his music, settling in the Tulsa area and receiving degrees from Oral Roberts University and the University of Tulsa.

“The first time I played `Dreamsville,’ I just about came out of my seat. It was everything good about music.”

Although he hadn’t become acquainted with that particular number while in Trinidad, Ryan had grown up listening to songs by the likes of Mancini and Burt Bacharach, although they weren’t always easy to find on the airwaves.

“There was an Armed Forces Radio station that I used to listen to a lot, but we did not have many stations, and the programming was kind of all-inclusive – a soap opera or two, some government stuff, kind of like C-Span on radio,” he recalls. “There weren’t any stations that played music all day every day. You had to catch certain shows, an hour here, two hours there. But I soaked up as much as I could.”

From the beginning, he adds, “I was drawn as much to the compositional side of things as I was to the performers, singers and such. I was always interested in what was happening in the background – if it was a singer, what made the singer so good. One of the singers I couldn’t get enough of was Nancy Wilson, and she always had terrific arrangements. That was what, as they would say here, floated my boat about music. I liked what was going on inside.”

“Donald Ryan is known for his versatility, a true master of ragtime and classical piano,” said Jason McIntosh, Oklahoma Jazz Hall of Fame CEO. “But his love of music is what makes working with him so enjoyable.

“Sunday’s concert will be the first time he performs Celebrating the ’60s, and the audience can expect an innovative performance and memorable night.”

Sunday, Ryan plans to get inside a number of 1960s-related songs – with perhaps a couple of newer tunes as well – both as a solo pianist and with a rhythm section consisting of Tracy Kouns on bass and George Toumayan on drums. He’ll draw most of the evening’s show, he says, from four sources.

“Mancini was kind of a musical hero of mine, so I thought I’d play some of his stuff. `Days of Wine and Roses’ is a popular thing, and I probably will do that. I used to love and still do love `Dear Heart,’ and other things like `Dreamsville.’

“So Mancini I wanted to do some of, and Bacharach, yes. Some of the better-known things like `Look of Love.’ `Alfie’ was a big hit in Trinidad. I had not thought of it in years and came across it and thought, `Oh, that’s too beautiful to leave out.'”

Ryan’s other two sources include Antonio Carlos Jobim – “I always like to do my Brazilian things,” he notes – and the act that defined ’60s pop music. Sunday’s audience members can expect to hear Ryan’s versions of the Beatles’ “Eleanor Rigby,” “Lady Madonna,” and the one he says he thinks “tops the list of what they did,” the ethereally beautiful “Here, There, and Everywhere.”

Ryan’s Celebrating the `60s show is set to begin at 5:00 p.m. Sunday, Nov. 24, at the Oklahoma Jazz Hall of Fame, located in downtown Tulsa’s Jazz Depot, 111 E. First Street. Tickets can be purchased at the depot, from www.myticketoffice.com, or by calling Bettie Downing at 918-281-8609. General admission is $15, reserved table seating $20. Seniors and Jazz Hall members are admitted for $10, and high school and junior high students for $5.

The show is a part of the Jazz Hall’s 2013 Autumn Concert Series.

The Oklahoma Jazz Hall of Fameis a 501(c)(3) non-profit cultural and educational organization, with a mission to inspire creativity and improve the quality of life for all Oklahomans through preservation, education, and performance of jazz, our uniquely American art form. 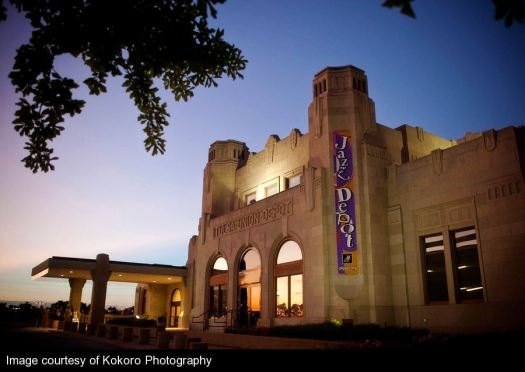 2 Replies to “Donald Ryan Performs at The Oklahoma Jazz Hall of Fame.”