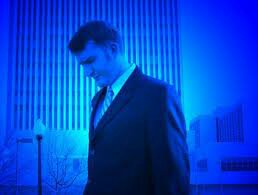 For his first-ever production in the Oklahoma Jazz Hall of Fame’s Sunday Concert Series, pianist-trombonist Tim Shadley promises nothing short of a celebration.

In fact, there’ll be two celebrations.

Shadley plans to devote much of the first part of the show to celebrating the birth of his brother Jeff’s baby, and the second celebrating the changing of the seasons – on the exact day, he notes, that autumn officially begins.

“I’m avoiding `Autumn Leaves,’ but I am going to do `Autumn in New York,’ which hardly anybody around here plays, and `September Song,’” he says. “We’ll probably close with Ray Noble’s theme song from his day, `Cherokee.’ That’s kind of the Shadley brothers’ unofficial theme song; when we do shows together, a lot of times we’ll close with that one.

The first part of Sunday’s concert, he adds, “is going to be a recognition that we have a new Shadley baby in the family. And you know, when you have a new baby, you have to spend a lot of time worrying about them, so we’re going to do stuff like  `I Concentrate on You’ and `I Found A New Baby.’  I thought `Out of Nowhere’ would be a pretty good one to do, too.”

Tim’s older brother Jeff, as jazz fans know, has been a prominent trumpeter and vocalist on the Tulsa jazz scene for some time now, And before Tim was even through high school, Jeff had begun sharing his musical connections with his younger brother. 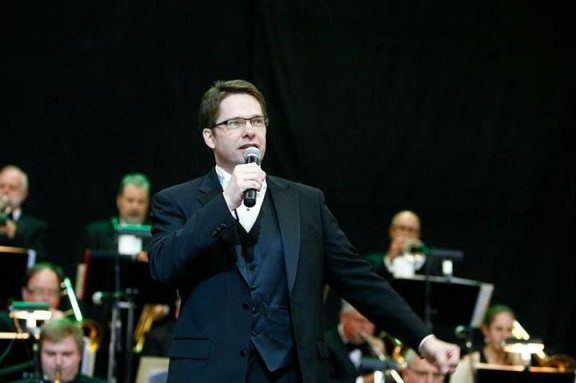 “When I was 16, Jeff would take me to sit in with some of the big bands that were playing around town,” Tim recalls. “Dennis Bayton had one, I remember, and Scott Senter had Sentimental Journey. Jeff was playing with those bands, and I’d sit in a lot with them and meet the guys, the pros who were in town.”

Tim subsequently went off to college and then moved to Aspen, Colorado, so for a few years there he didn’t have much of a chance to work with his brother.

“The first time I played piano for him was in ’02, when I moved back to town,’ Tim remembers. “You don’t know what’s going to happen in any given scene, and there wasn’t much work in Aspen for a musician. There was a little bit, but not enough for me. So I moved back here to kind of settle back in.

“At that time I came back, I was still mostly a trombone player, but I had some piano skills,” he adds. “Apparently, there was a need for jazz pianists in town, because I started getting some work. Then, after Jeff started using me, the salsa band, Grupo Salsa, started using me. When you play with enough groups, people start to call you first. So out of all that, I formed my own group, the Tim Shadley Trio. I’ve been working with that for, gosh, six years now.”

Although the bassist and drummer in the trio often change, depending upon availability and other factors, Jordan Hehl has played bass several times with the group, and drummer George Toumayan has worked with Tim as well. Both will be members of Sunday’s band. Vic Anderson, whom Tim calls “Tulsa’s finest saxophone player,” is also scheduled to be on board, along with one of the town’s most high-profile vocalists, Rebecca Ungerman.

“Bless her soul, when I first moved back to town, I was not much of a jazz piano player, and Rebecca hired me for a gig,” says Tim. “It was just me on solo piano and her – and it did not go well. I’ve gotten better and she’s forgiven me, which tells you what kind of a person she is, and we laugh about it now. But she took a chance on me all those years ago. And she’s opened a couple of doors for me since then,

“So, he concludes, “if there’s anything to take special note of about this show, it’s having my brother and Rebecca there for my first show at the Jazz Hall of Fame. I’m pretty excited about that.”

The Brothers Shadley are set to begin at 5:00p.m. Sunday, Sept. 22 at the Oklahoma Jazz Hall of Fame, located in downtown Tulsa’s Jazz Depot, 111 E. First Street.  Tickets can be purchased at the depot, from www.myticketoffice.com, or by calling Bettie Downing at 918-281-8609. General admission is $15, reserved table seating $20. Seniors and Jazz Hall members are admitted for $10, and high school and junior high students for $5.

The show is a part of the Jazz Hall’s 2013 Autumn Concert Series.