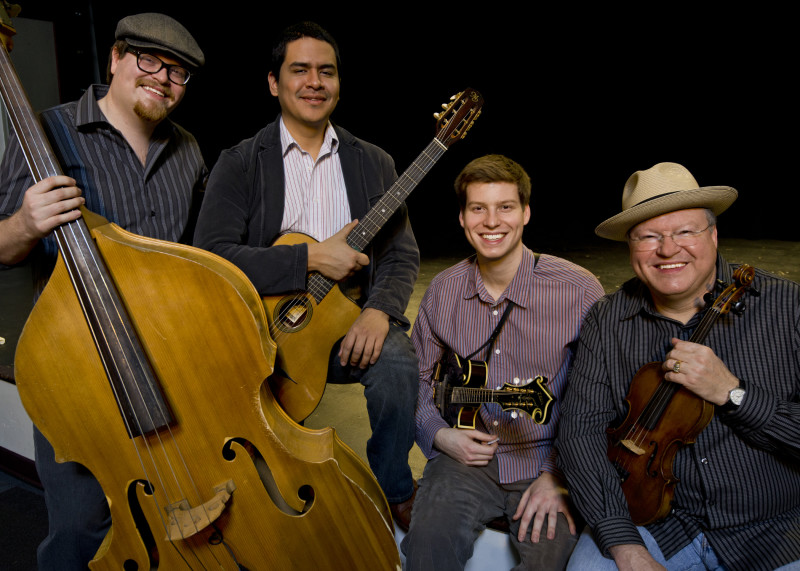 This time, the entire evening belongs to Mischievous Swing.

The four-man string-jazz group made a nice impression on the Jazz Depot crowd July 23, when it opened for the touring West Coast-based Cow Bop. The group member even returned to jam with the headliner in a memorable second set.

Now, exactly one month later, Mischievous Swing is the headliner. And while the concert marks the players’ first official CD release party, they’ve actually moved a substantial number of their eponymously named discs already. Not only were the CDs brisk sellers at the Cow Bop event; the band members also found a ready market during their recent appearance at the East Coast Django Gypsy Fest in Spring Grove, Pennsylvania.

“When we did our show, in the afternoon, we wowed ’em,” says fiddler Shelby Eicher, who plays in Mischevious Swing with his sons Isaac (mandolin) and Nathan (bass), along with guitarist Ivan Pena, in the group. “People just went crazy for it. We sold a pile of CDs.

Undoubtedly the busiest fiddler on the area jazz and swing scene, Eicher currently fronts the western-swing band the Tulsa Playboys, works weekly with guitarist Mark Bruner and vocalist Annie Ellicott, and appears with any number of other bands and performers, both live and in the studio. But Mischievous Swing is a special project for him, and not just because, as he says, “It’s always fun to play with your kids.”

“I love playing jazz and swing,” he says. “It’s been my passion for years and years. Of course, [his wife] Janet [Rutland] sings jazz, you know, so we always had that kind of thing happening.”

Growing up in a musical household like that one, the Eicher boys – including Paul, now an academic advisor at Tulsa Community College – often found themselves jamming with their father. Nathan eventually earned a master’s degree in jazz from the University of Central Oklahoma, while Isaac became a national mandolin champion, went to the University of Oklahoma and took some time away from Norman to study in Spain.

“After Isaac got back from Spain, we were kind of talking about this whole thing,” says Shelby. “Nathan’s really into jazz now, and we had a real focus, something that we really wanted to do. Isaac had met Ivan down at OU, they’d started playing together, and we thought if we were going to do something gypsyesque, maybe Ivan would like to do it.” 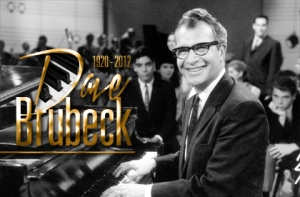 Among the numbers on the band’s new disc – and a couple of songs Friday night’s patrons are likely to hear – are the Dave Brubeck Quartet’s classic “Take Five” and Chick Corea’s jazz portrait, “Spain” — which Shelby says, appearances to the contrary, was

not inspired by Isaac’s trip to the country of the same name. “He started playing that tune before he ever went to Spain. He was always interested in it because it takes a high level of musicianship,” explains Shelby. “As we were putting this project together, we said, `Well, if we’re going to do a cover tune, why would we pick it for the project?’ And the thing is, you want to wow people. They don’t want to go to the circus and watch the high-wire act two feet off the ground.” He laughs.

“We have what I’ll call modern jazz interests, and I think `Take Five’ is one you don’t hear a lot,” he adds. “Everybody plays in either three-four or four-four [time] patterns, so we thought that would be something unique, to play in five-four.

“But even as we work on our tunes,” he concludes, “we’ll work on modern stuff and then we’ll go back and play a really old one. Even the tunes I wrote for the CD sound like they’re from the ’30s.”

Mischievous Swing is set to begin at 8p.m. Friday, August 23, at the Oklahoma Jazz Hall of Fame, located in downtown Tulsa’s Jazz Depot, 111 E. First St. Admission is $10. Advance tickets can be purchased at the depot, from www.myticketoffice.com, or by calling Bettie Downing at 918-281-8609.